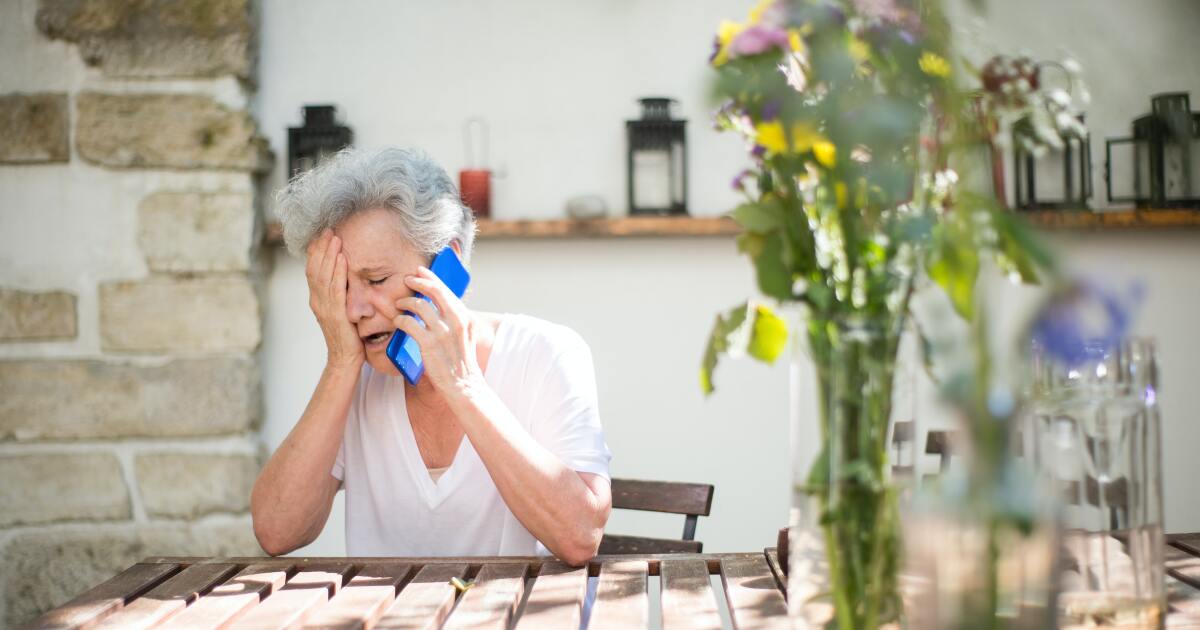 How Financial Advisors Can Help Elderly Clients After a Scam

Scams aimed at robbing retirees of their savings are skyrocketing in the United States Unfortunately, many Americans have a habit of blaming retirees rather than criminals.

A new study from AARP and FINRA has found that 53% of Americans believe victims of financial fraud are “guilty” or “guilty” of falling victim to a scam. The survey, which polled 1,000 American adults, also found that 32% agreed with the following statement: “Honestly, if you’re a victim…a lot of that is up to you.

This attitude is embedded in our language, according to the study. The headlines say the targets were “scammed” or “swindled”, emphasizing the passive exploitation of the victims rather than the cruel actions of the criminal. Even family members sometimes use this language when they learn that an elder has been a victim, which makes the situation even worse.

“We blame the victim so much that families fall apart when these things happen,” said Kathy Stokes, director of fraud prevention programs at AARP. “Adult children are like, ‘Oh my God, how could you be so stupid?'”

This triggers a vicious circle, as the shame caused by this attitude can often discourage a victim from reporting the crime. This not only prevents the scam victim from getting the help they need, but leads to under-reporting of scams, which means law enforcement devotes fewer resources to combating them.

This reluctance is compounded by a general lack of confidence in the justice system. According to the study, 47% of Americans believe that “reporting a scam is a lost cause”. Thirty-six percent said “the police cannot help in such cases” and 32% said “a lawyer would not be able to help with a complaint”.

According to Stokes, this disillusionment is not entirely unfounded.

how to help
The key to breaking the cycle, Stokes said, is for an ally — a family member, friend or even a financial adviser — to be “a partner, not a blamer.”

“Don’t blame the victim,” Stokes said. “Don’t say the victim was ‘cheated’. Say, ‘This criminal stole his money.’ Focus on the crime and the criminal.

Once this focus is shifted, allies can tap into their sympathy for the victim – which is actually not uncommon. In a review of scam-related posts on US social media, researchers found that almost 95% of all dialogues showed compassion for victims of fraud. And in the AARP survey, 85% of Americans agreed that “fraud can happen to anyone, even those trying to protect themselves.”

In this spirit of compassion, counselors can do much to help. FINRA is urging companies to ask customers for a “trusted contact”, someone they can contact if they suspect fraud if the customer is unavailable. A 2018 FINRA rule also allows advisers to suspend client trades if “financial abuse” is suspected.

If, unfortunately, the customer has already handed over money to the scammer, an advisor can help them understand and report the crime. By providing information on how the scam works, the counselor can ensure that the victim is less vulnerable to fraud in the future. And with enough victims reporting scams, the study authors hope, the vicious cycle could begin to reverse.

“Reducing victim shame can help give victims the confidence to report these crimes, and also help restore their confidence in the system’s ability to help them,” said Gerri Walsh, senior vice president of training for victims. investors at FINRA. “Increased reporting of these crimes would enhance public awareness and understanding, and could help prioritize supportive actions across financial, legal, criminal justice and government institutions.”

Beyond Ageism
What would be even more effective, however, is educating customers before the scam happens – and that means breaking free from ageism. Stokes urged advisers to regularly talk about fraud with all investors, young and old, because fraud can happen to anyone.

“Keep that in their mind, it’s always something to keep in mind,” she said, “because you don’t have to have cognitive decline. It doesn’t have to be to be of a certain age to be a victim of these crimes.

The AARP study identifies ageist stereotypes as a major cause of victim blaming. Many Americans, according to the report, believe that “older people are not only more vulnerable, but are more willing to engage in scams.”

In fact, the data seems to indicate otherwise; the FTC has repeatedly found that younger Americans report being scammed more often than older ones. The difference is that among older victims, individual losses are much greater – which could be because older people are likely to have more savings. However, the reality is more complicated than whether old people are simply senile or gullible.

Less blame, more enforcement
There is, however, a limit to what can be achieved by raising awareness. In the future, Stokes hopes to see law enforcement devote more resources to tackling fraud at a national level.

“We can’t educate ourselves to get out of this,” she said. “We need federal action. We need systems in place that can actually go after that. Stokes pointed out that many scammers are based outside of the United States and appear to be organized. Far from a few isolated fraudsters, she says, it is “international criminal networks” that should be prosecuted by the FBI.

“Besides the in-person investor scams, a lot of it comes from threatening foreign actors who have their prospect lists they bought off the dark web,” she said. “And they’re calling in the United States, and it’s part of a larger criminal enterprise.”

But before we can effectively prosecute criminals, Stokes said, Americans will first have to stop blaming victims.

“We’re so complacent about fraud, and part of that is because of how we talk about it and think about it,” she said. “If we think of it as a crime, then a lot of really positive things can happen.”