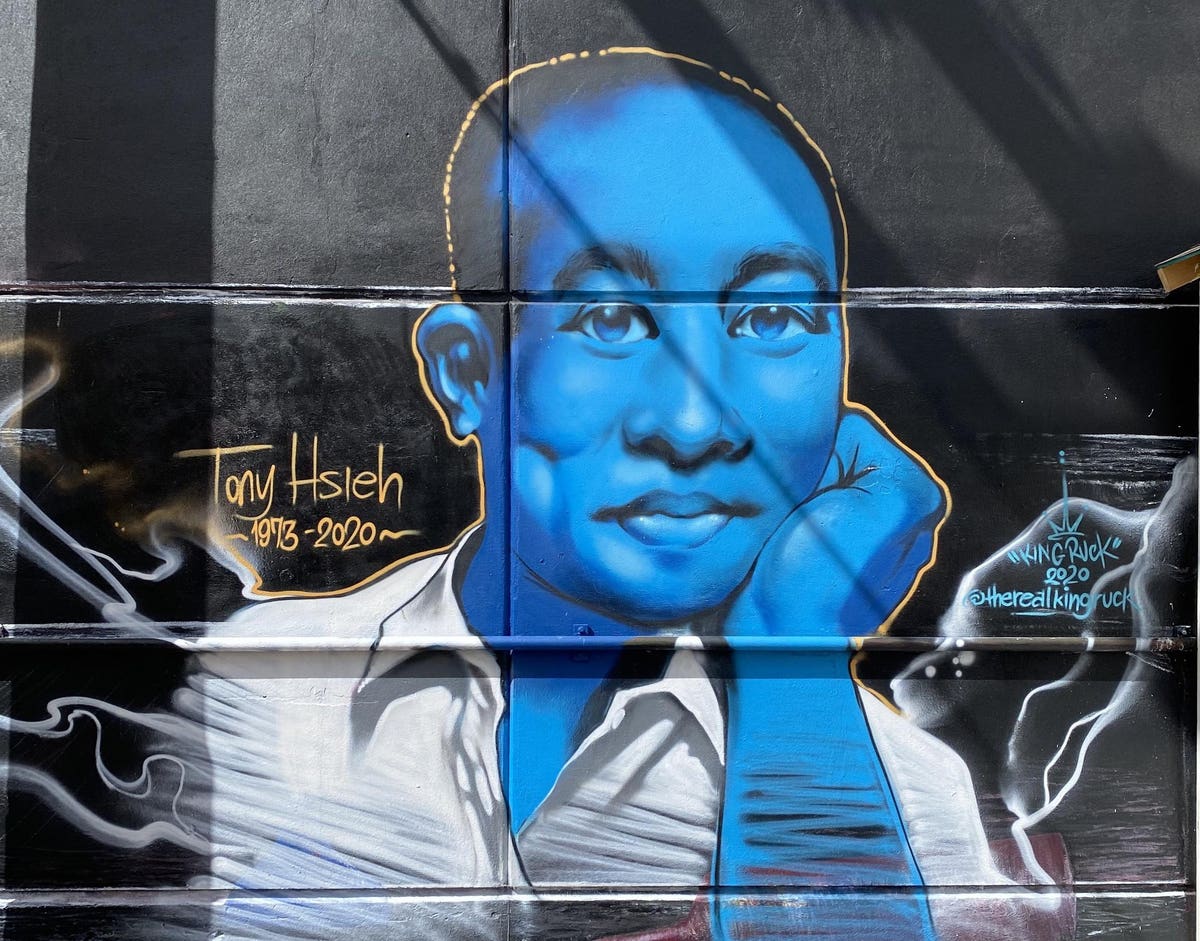 A former Tony Hsieh investment adviser is suing the late Zappos CEO’s estate and his family for breach of contract and seeking $7 million.

Tony Lee, a financial consultant who first met Hsieh in 2003, says he quit his ‘top six-figure’ job and signed a $1.5million-a-year contract last year to manage Hsieh’s finances. Yet since the entrepreneur died last November he has not been paid, in breach of the five-year contract. Forbes recently estimated Hsieh’s estate to be worth $840 million.

A representative for the family’s estate did not respond to a request for comment.

In 2020, at the start of the Covid-19 pandemic, Hsieh moved from Las Vegas to Park City, Utah, where he purchased nearly a dozen properties in an effort to build a community in the chic ski town. He was joined by dozens of people, many of whom embarked on business ventures with him. But some people became increasingly concerned about Hsieh’s mental health battles, substance abuse and erratic behavior, attempting various interventions.

Richard and Andy Hsieh, father and younger brother of the late Hsieh, respectively, are named defendants in the lawsuit. In addition to his friendship with Tony Hsieh, Lee was chosen as a witness at Andy Hsieh’s wedding, according to the complaint (the wedding was annulled).

“At no time in Tony Hsieh’s life did Andy Hsieh or Richard Hsieh dispute or question the validity of the guaranteed contract,” Lee’s attorney wrote in their complaint. The trial was first reported by KLAS Las Vegas.

According to the lawsuit, filed Monday in Clark County District Court, Lee visited Hsieh in Park City, Utah on July 24. Hsieh enlisted Lee’s help in managing the community’s finances and his own fortune.

At the July meeting, Hsieh again lobbied Lee to work for him and even recruited another person named Ryan Fitzpatrick to help with those efforts. Hsieh told Fitzpatrick that he would receive a 10% commission if he succeeded in getting Lee to work for Hsieh. Shortly after, according to the complaint, Andy Hsieh separately asked Lee to take the job to “help identify and eliminate people who were taking advantage of Tony Hsieh.” Andy Hsieh also wanted to be the one to seal the deal so he could get the 10% commission instead of Ryan. After Hsieh offered to double his salary for the next five years, Lee agreed.

Prior to advising Hsieh, Lee worked as chief operating officer for the family office of billionaire oil baron Edward Bass in Fort Worth, Texas. Before that, Lee worked at Wells Fargo, where he gave Zappos a loan in 2003 that kept the e-commerce site from filing for bankruptcy.

Lee’s lawsuit follows another lawsuit filed by longtime Hsieh confidante Jennifer “Mimi” Pham, who sued Hsieh’s estate for $90 million in February, claiming she owed back wages and future profits for several business ventures that collapsed after Hsieh’s death. year, including running an event venue in Park City, Utah, and his work trying to start a documentary production company in Hsieh’s name.

Hsieh, a beloved figure in Silicon Valley and Las Vegas, died in November from injuries sustained in a fire in Connecticut. He rose to prominence through his unique leadership as CEO of e-commerce site Zappos, where he built a company with a goofy work culture that became a case study in how to build an effective business. and empathetic who prioritizes the happiness of employees and customers. .

Shortly after selling Zappos to Amazon in 2009 in a landmark $1.2 billion deal, Hsieh wrote his best-selling gospel, Offer happiness, which earned him even more global recognition. Then, in January 2012, Hsieh announced that it was injecting $350 million into the revitalization of downtown Las Vegas, where Zappos is headquartered. As part of these revitalization efforts, Hsieh built a community of tiny homes and airflow trailers — which he mostly lived in when he was in Vegas.

Hsieh has spent most of his last decade traveling the world attending business conferences and music festivals, continuing his investments in downtown Las Vegas, and implementing Zappos a system called holacracy – a decentralized management method that has flattened the traditional hierarchical structure of most companies.

But when he moved to Park City in mid-2020, those close to him grew concerned, attempting various interventions in hopes of getting help from technical management for his substance abuse and mental health issues. Others, meanwhile, apparently closed their eyes and continued to engage in business ventures or complete “tasks” that Hsieh drew on colored post-it notes – a writing habit of Hsieh since his early days of Zappos.

Meanwhile, Tony Lee claims that in addition to consulting Hsieh about his finances, he has also been instrumental in trying to improve his well-being. “Lee also kept tabs on Tony Hsieh as best he could, even personally cooking meals for him from time to time,” Lee’s attorneys wrote in the lawsuit.

In August, it was announced that Hsieh was stepping down from Zappos, after 21 years at the helm. A month later, entities related to Hsieh purchased the Zappos headquarters in Las Vegas, making Hsieh the new owner of the business he had grown for more than two decades. The following month he died in New London, Connecticut, after being kept in a medically induced coma for nine days. He was 46 years old.