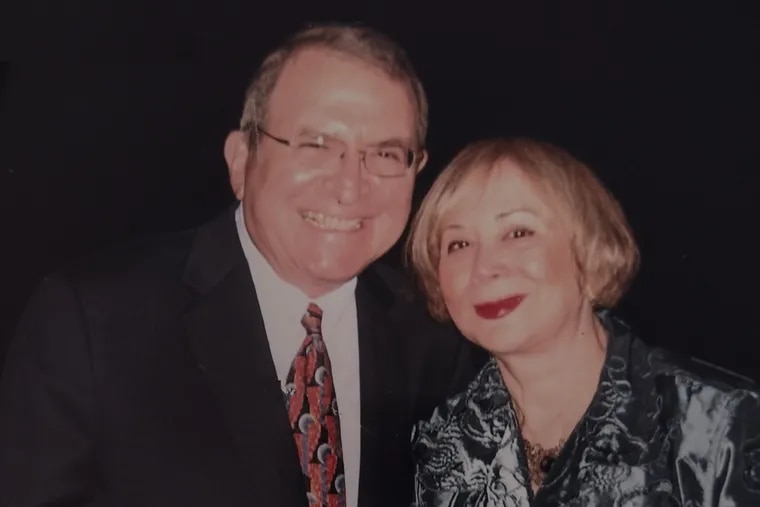 Paul Weintraub, co-owner of Martin’s Aquarium, entrepreneur and financial consultant, has died at 86

Paul Weintraub, 86, formerly of Philadelphia, an innovative and entertaining co-owner of Martin’s Aquarium pet store, an entrepreneur who also sold tropical fish and desert plant medicines in supermarkets, and a certified insurance and finance consultant, is died Sunday, May 1 of lymphoma in the VITAS Inpatient Unit in Delray Beach, Florida.

Mr. Weintraub grew up in Philadelphia, graduated from Central High School and Temple University, and was best known as a co-owner – with his father, Martin; mother, Rose; and his brother, Robert – from Martin’s Aquarium in Philadelphia, Jenkintown and Cherry Hill.

The family billed the pet supermarket as the largest in the United States, and the affable and quick-witted Mr. Weintraub was the public face. An expert in tropical fish, exotic birds, rare reptiles and desert plants, he became an engaging guest on television programs, a popular vendor at Philadelphia flower shows, a fun host for elementary school field trips and an offhand spokesperson for media types.

In 1983, after announcing a $300 reward for Norton, a rare Australian cockatoo who had disappeared from the Jenkintown store on Old York Road, he told the Daily News: “Norton would ride your arm, kiss you on the lips and was doing a little dance. It’s like losing a friend.”

He was invited to the Mike Douglas Show talking about sharks with actor Roy Scheider when the movie Jaws was released in 1975. It has provided rare species of all kinds for appearances on local news shows and children’s programs such as the Gene show in London and Captain Noah and his magic ark.

In 1986, he called the press when he discovered a two-headed turtle at the store. “We’re kind of known as a place where weird things happen,” he told The Inquirer. “But it’s really unusual.”

Mr. Weintraub’s father opened the aquarium on Ogontz Avenue in 1953, moved it to Jenkintown in 1971 and opened a second location in Cherry Hill in 1981. Interested and efficient in all aspects of the operation , Mr. Weintraub helped design stores, build inventory, set prices, create promotions and mentor staff until the company closed in 1992.

“They’ve made the store a destination,” Mr. Weintraub’s son, Dan, said. “This was before the big public aquariums, and where else could you go to see exotic fish and other pets? It was pretty exciting.

Always looking for another business angle, Mr. Weintraub also sold medicine for pet tropical fish, cacti and other desert plants in supermarkets before it became mainstream. In the 1970s, he unsuccessfully floated the idea of ​​televising the NFL Player Draft which is now a televised extravaganza.

“My dad was a warm person, deeply interested in other people,” his son Ross said. “He could call someone he hadn’t talked to in a few years and pick up and continue their previous conversation.”

He became a certified insurance and financial consultant when the aquarium closed and retired for good in 2005. “He had a great spirit and a great partner in my mother,” said his son Dan.

Mr. Weintraub met New Yorker Marilyn Levine at a resort in the Pocono Mountains. They married in 1960, had sons Ross, Dan and Alan, and lived in Dresher and Elkins Park. Later, Mr. Weintraub and his wife split their time between Philadelphia and Delray Beach.

Born December 29, 1935, Mr. Weintraub grew up in Mount Airy and earned a bachelor’s degree in commerce and finance at Temple in 1957. Passionate about fossils, he collected hundreds of samples and organized family excursions to dig into the rocks for more.

He was chairman of the Jenkintown Rotary Membership Committee, collected Japanese netsuke, grew orchids, enjoyed puns, and followed temple sports. Inclined in mathematics, he was a bronze life master in bridge, and he and his wife established the MS Bridge Across America fundraiser after his son Alan was diagnosed with multiple sclerosis in 2001.

” LEARN MORE: Talking sharks at the Mike Douglas Show after the release of “Jaws” in 1975

“I know he was proud of me and cared about my well-being,” Alan said.

“The guideline of his life,” said his son Dan, “was creativity, curiosity and passion for creatures.”

In addition to his wife and sons, Mr. Weintraub is survived by four grandchildren and other relatives. His brother and a sister died earlier.

Services were held on Wednesday, May 4.

2022-05-26
Previous Post: Ameriprise’s RiverSource Settles SEC Case for $5 Million
Next Post: Importance of financial planning by parents to provide the best career for their children