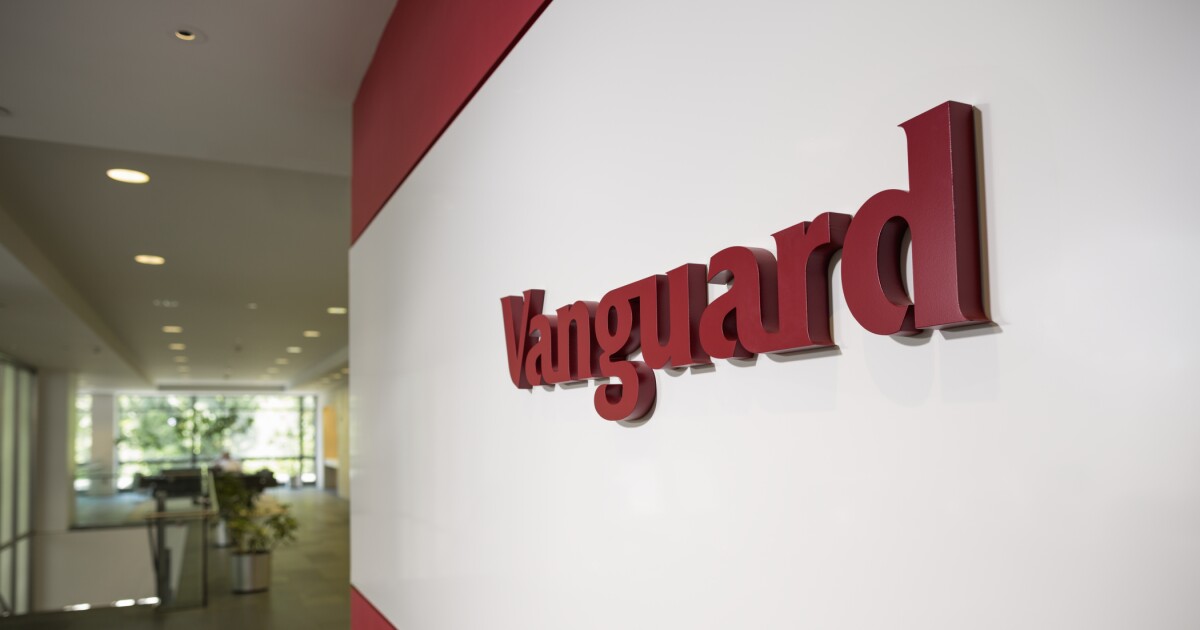 Wealth management industry watchers have no shortage of tips for Vanguard on how to move forward after its year-end technology woes, or predictions about the effects on the business and how regulators will react.

In short: it’s time to spend, not skimp on technology; crack down on your suppliers; and your customers may have a short memory, but the government does not.

The problems with Vanguard’s website began as early as December 23 and continued for several days, leaving customers without account statements, transaction confirmations, taxes and other year-end forms. The company blamed a “third-party service provider”.

“Vanguard is notoriously cheap when it comes to spending money on technology,” said Doug Fritz, founder and CEO of F2 Strategy near San Francisco. “You don’t become the low-cost provider by spending on innovation and non-critical infrastructure. They have taken steps to improve this, but at this point being thrifty is part of their culture, and it will take a decade to change that mindset.

This mindset is clearly still in effect, as CEO Tim Buckley recently said that Vanguard will cut $1 billion from its investment fund fees by 2025 after cutting its fees by $140 million the year before. last year. Vanguard did not respond to emails asking for confirmation of that figure or confirmation that it spends $1 billion a year on technology.

“They talk a lot about cutting a billion dollars out of the system, but I remind people that taking a billion out of the system is only the equivalent of 1.25 basis points, 0.0125% (with a AUM of $8 trillion),” said Dan Wiener, president of Adviser Investments in Brooklyn and co-editor of The Independent Adviser for Vanguard Investors, a monthly newsletter on Vanguard. “Wouldn’t that billion dollars be better spent on technology and well spent?” »

Fritz, however, calls $1 billion “a lot of money for anyone, a huge number,” regardless of what percentage of AUM it represents.

“Vanguard has accelerated its efforts and increased its investments to improve its technology and provide an even better experience for its retail customers, plan sponsors and participants, and financial advisors. We actively explore and implement new technologies, resources and capabilities to drive innovation, improve stability and resiliency, increase efficiency and reduce operating costs across our business.

Vanguard suppliers should be the target of some of these investments and technologies since “you are only as strong as your weakest link,” said Tim Welsh, president of Nexus Strategy in Larkspur, Calif. “So expect them to take drastic action with their suppliers to make sure this doesn’t happen again.” noted

Reports indicate that a hack at RR Donnelley & Sons may have caused the Vanguard outage and be behind the recent service outages at Fidelity. In a Jan. 13 filing with the SEC, Donnelley said he disclosed on Dec. 27 “an intrusion into the systems of his technical environment.” He said he was working with law enforcement and cybersecurity experts to tighten security and was “not aware of any compromise of customer data.”

Mitch Avnet, CEO and managing partner of Compliance Risk Concepts in New York, said companies need to do a better job of staying ahead of hackers.

“As technology becomes more sophisticated, so too do attempts to take advantage of it or circumvent it,” he said. “A fully loaded cybersecurity program is an ever-evolving task with many course corrections active. Key issues for businesses will be to stay ahead of threats by constantly evaluating their programs against current and future risks to corporate and customer assets and data.

Regarding Vanguard, Wiener said the company is “remarkable for telling you that something only affected a small number of people. But when you have millions and millions of customers, what is small? Security is always an issue, and you need to have redundancy if one of your service providers gives in,” referring to year-end confirmations requested in late December that Vanguard was unable to produce.

All the resulting negative press, Avnet said, may be a “smoke signal for regulators.”

SEC Chairman Gary Gensler said this week that he wants to use his agency’s regulatory powers to force companies to disclose risks to their businesses related to cyberattacks and report such attacks to investors.

Avnet said Vanguard can expect to lose some relationships.

“Clients expect an adviser or broker to be able to deliver the agreed-upon services,” he said. “If the supporting technology is hindering rather than helping, you can be sure that investors of all levels of sophistication will be frustrated enough to find a better solution.”

Craig Iskowitz of the Ezra Group in East Brunswick, New Jersey, disagreed. “There’s a good chance the long-term fallout will be minimal,” he said, “mainly because it only affects a small vocal group among their 30 million customers.”

Welsh seconded that. “Customers trust Vanguard for its approach to low-cost investing, so having a dysfunctional website will certainly erode some of that trust,” he said, “But it will be short-term in nature, however, as they will get it fixed, they will weather the storm and eventually, most customers will forget it happened in a few months.

2022-01-26
Previous Post: Take a look at the Fed – Monterey Herald
Next Post: CFP Board Center for Financial Planning announces record number of scholarships awarded in 2021